2. Dot product and angle between 2 vectors

a & b points are in n dimensional vectors, i.e.,

It is same as matrix multiplication of a & b vectors, i.e.,

Also we know that : (proof)

3. Equation of a line, plane

4. Projection of a vector

Let & be two vectors and be the angle between them.

is the projection of on 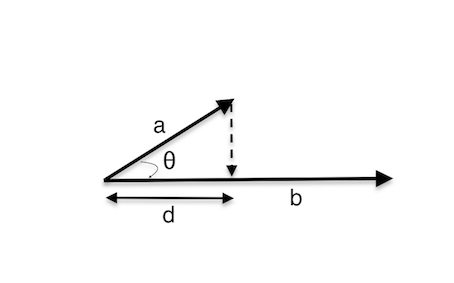 Multiply both sides by

If is a unit vector, then

5. Distance of a point from a plane

Let be any point in dimensional geometry, which is at a distance from the hyper plane .

Let be a vector passing through origin (0,0)

Distance of point from the plane is the projection of on

If is a unit vector, then

is positive since is less than 90

Similary we can calculate the distance of the point from the plane . Since is greater than , the distance will be negative.

In this way, we can decide in which side of the plane a point lies.

6. Equation of a circle 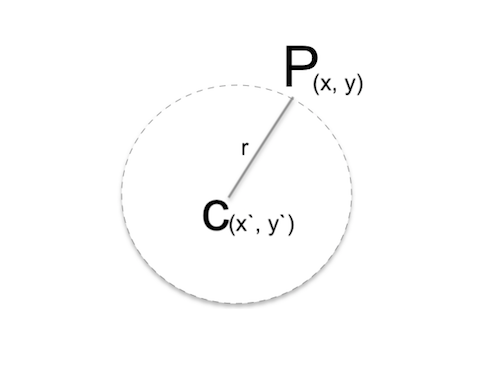 Let be the radius of the circle

If the center of the cirlce is origin i.e., , then the equation of the circle is given as

I will update this post as & when I get time. Please contact me regarding any queries or suggestions.